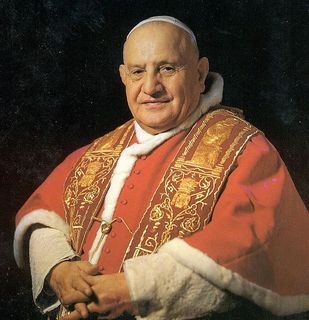 The Vatican II Council has been labeled by the historian John O’Malley, S.J. “the biggest meeting in the history of the world.” We Sulpicians rejoice in the remembrance today of “good Pope John,” as he is often called. We also have reason to celebrate the participation of some of the members of the Society of Saint Sulpice in the historic event of Vatican II.

Most significant among the Sulpician participants of Vatican II was Cardinal Paul-Émile LÉGER (1904-1991), the Archbishop of Montreal. He became a major voice for reform at the time of the council. We will recall some of the details of his participation in a later article.

From France, a significant figure was the Archbishop of Strasbourg, Jean-Julien WEBER (1888-1981), a biblical scholar who was instrumental in getting the Dominican scholar Yves Congar invited to the council as a peritus. Weber also made several contributions to the Constitution on Divine Revelation, Dei Verbum.

Another Sulpician participant was the newly ordained Bishop of Oita, Mgr Pierre-Saburo HIRATA (1913-2007). He likened the experience of the Council to being in a seminary again, a time of discovery of new thoughts and impressions.

Several Sulpicians acted either formally as periti at the Council or as advisors to one or another bishop. For the Province of Canada, for instance, Father Edouard GAGNON (1918-2007) was a peritus. He later was named a cardinal and became Prefect of the Pontifical Council for the Family (1974-1990).

The U.S. Province also saw several members invited as periti. Father James LAUBACHER served for three sessions as peritus for Cardinal Lawrence SHEHAN, Archbishop of Baltimore, and Father John McCORMICK advised Cardinal Patrick O’BOYLE, Archbishop of Washington in the first session and then assisted the Conciliar Commission on Seminaries and Universities for the last three sessions of the council. Father John R. SULLIVAN functioned as peritus for Archbishop Thomas CONNOLLY of Seattle for the first session, but then after being transferred to Baltimore became an advisor to Cardinal Shehan for the last three sessions.

The famous biblical scholar Raymond E. BROWN (1928-1998) of the U.S. Province attended the first session of Vatican Council II as an advisor to his bishop from St. Augustine (Florida), Archbishop Joseph HURLEY. One Sulpician, Father Frank B. NORRIS, also acted as an official translator for non-Catholic observers at the council, on behalf of the Secretariat for Promoting Christian Unity.

In short, as the 50th anniversary of the council begins, we also remember the Sulpicians who played a part in this dramatic and world-changing council. This is simply a preliminary glimpse of this theme. In the months ahead, we will post periodic articles on this theme. Replica of the episcopal ring given to bishops attending the council

In the meantime, as the year of faith begins, we pray that the life-giving breath of the Holy Spirit will breathe new life into all the faithful, using the prayer John XXIII composed for the council.

O Divine Spirit who was sent by the Father in the Name of Jesus and who remains present in the Church to govern her without error, pour forth we ask You the fullness of Your gifts upon the Ecumenical Council.

Most tender of teachers and comforters, enlighten the minds of our holy prelates who in eager allegiance to the Roman Pontiff will make up the assemblies of the sacred synod.

Grant that abundant fruit may come from this Council. May the light and strength of the Gospel be diffused more deeply and more widely throughout human society. May the Catholic religion and the diligent work of the missions flourish with increased vigor. And may the happy result be a fuller knowledge of the teaching of the Church and a salutary progress in Christian morality.

O welcome Guest of the soul, establish our minds in truth and bring our hearts to a ready obedience so that what is determined in the Council may be sincerely accepted and promptly fulfilled by us.

We also pray to You for those sheep who are not yet of the one true fold of Jesus Christ. As they glory in the name of the Christian so may they finally come to true unity under the guidance of the one Pastor.

By a kind of new Pentecost renew Your marvelous works in this our time. Grant to your Holy Church, by unanimously and insistently persevering in prayer together with Mary, the Mother of Jesus, that she may, under the guidance of Saint Peter, enlarge the kingdom of the Divine Savior, a kingdom of truth and justice, of love and peace. Amen.