Theological College of the Catholic University of America

From April 18-21, 2016, the members of the General Council and the three Provincials of the Society of the Priests of Saint Sulpice gathered in Washington, D.C. for their regular spring meeting.

Although the spring meetings are often held in Rome, this year afforded the opportunity for the Council and Provincials to gather in the capital city of the United States at the invitation of the Rector of Theological College, Father Phillip BROWN, PSS, who also serves as the General Treasurer of the Society. For some participants, the meeting provided their first experience of the United States.

In addition to the usual agenda items, the meeting gave the Council and Provincial Superiors the opportunity to participate in two special events of the U.S. Province in nearby Baltimore, Maryland. The first was a farewell to the President-Rector of St. Mary’s Seminary & University, Father Thomas R. HURST, PSS, who was completing his ninth year in that position. The Seminary hosted a Solemn Vespers ceremony in the seminary chapel, at which the Archbishop of Baltimore, Most Rev. William E. LORI, presided and preached. It was followed by a festive reception.

The second event was another Solemn Vespers the following evening, Friday, April 22, at the chapel of St. Mary’s Spiritual Center & Historic Site on Paca Street. This ceremony, at which the Superior General presided and preached, was held for 120 invited guests to inaugurate festivities commemorating the 225th anniversary of the arrival of the first Sulpicians in the United States in 1791.

The entire Society of the Priests of Saint Sulpice congratulates the U.S. Province on this milestone. Ad multos annos! 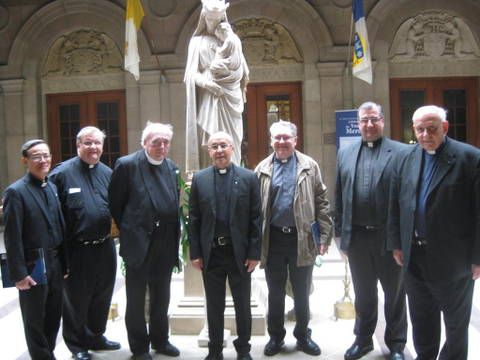 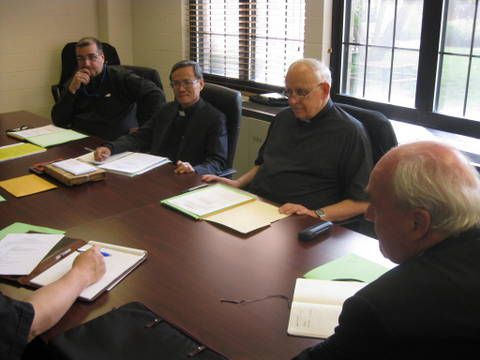 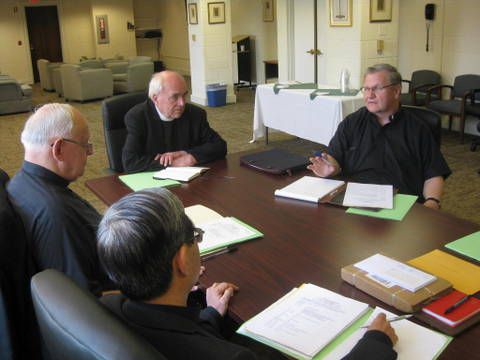 The following photos of the farewell for Father Hurst were taken by Larry Canner, professional photographer, and used with permission.