Holy Year of Mercy at Saint-Sulpice

On 13 December 2015, the third Sunday of Advent, there was a special ceremony at the Church of Saint-Sulpice in the 6th arrondissement of Paris to open the Holy Door for the Holy Year of Mercy. Saint-Sulpice is one of the special “jubilee churches” designated by the Archdiocese of Paris to promote pilgrimages and the sacrament of reconciliation throughout the year of mercy, which will run from 8 December 2015 to the Solemnity of Christ the King, 20 November 2016.

The pastor of the parish, Father Jean-Loup LACROIX, PSS presided at the special ceremony, which took place at the beginning of the 11:00 AM parish Mass. He solemnly blessed and opened a special door created in the nave for the holy year.

Sulpician priests from nearby houses attended the festive Mass, as well as many priest-student residents at the Church of Saint-Sulpice. The solemn ceremony also sounded the special note of “joy” that belongs to this traditional Gaudete Sunday, as the great solemnity of the Nativity approaches.

It is also noteworthy that the Sulpicians, in 2016, will celebrate the 375th anniversary of their founding by Father Jean-Jacques OLIER, who was pastor of this very parish in the seventeenth century.

May the Lord touch with tender mercy all who walk through this door and reach out to embrace God’s love! 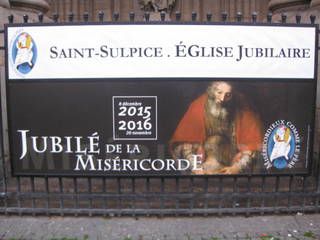 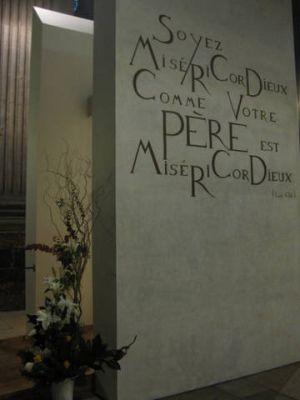 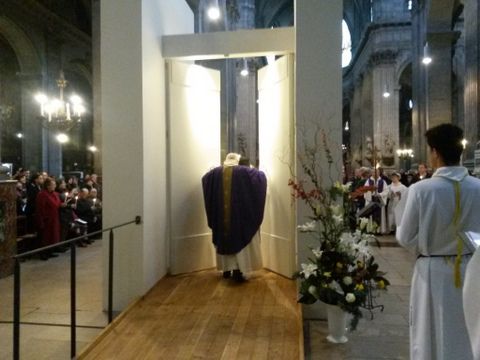 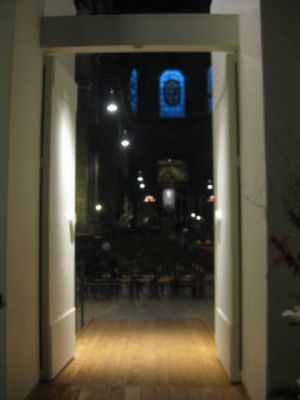 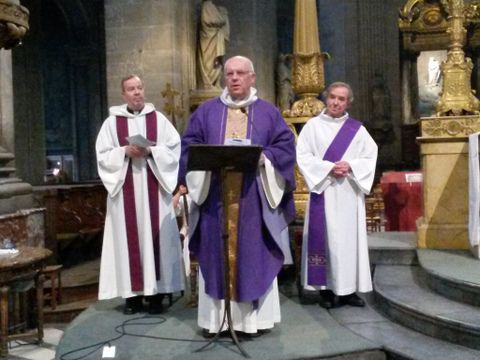