In the Footsteps of Father Olier

During the third week of their “Sulpician month,” the 22 participants from around the world went on pilgrimage to various sites in central France, following some of the footsteps of Sulpician founder, Father Jean-Jacques OLIER.

The pilgrimage began in Lyon, a primary site of early Christianity in France, where the story of the martyrs, and of Saint Irenaeus of Lyon, was recounted during a visit to the recently established museum on early Christianity (l’Antiquaille), near the Fourvière Basilica. Then the group went to Le Puy-en-Velay, where Father Olier had founded a seminary in the seventeenth century, and where Blessed Agnes of Jesus (Bienheureuse Agnès de Langeac) grew up and had her vocation as a Dominican cloistered sister reinforced. The tour of the magnificent cathedral was a highlight. This was followed by a visit to nearby Langeac and the Monastery of Saint Catherine, where the Dominican Sisters still are situated. These Dominican, currently numbering seventeen, continue their ministry of praying for priests, and especially for Sulpicians. The Superior General, Father Ronald D. WITHERUP, PSS, presided and preached at the Mass in the monastery.

Afterwards, the group drove to the small village of Pébrac, where Father Olier preached several missions in an unsuccessful attempt to reform the abbey, which was one of his benefices. Vestiges of the Augustinian monastery still remain, especially the chapel, where the pilgrimage group prayed Vespers.

The pilgrimage concluded in Ars, where the group concelebrated Mass in the Basilica and visited the house of the beloved Curé d’Ars, Saint Jean-Marie VIANNEY. Although there is no direct tie between the Society of Saint-Sulpice and Ars, Saint Jean Vianney’s love of the priesthood and his support of priestly ministry in the nineteenth century is well respected and utilized in the Sulpician tradition, which is entirely devoted to initial and ongoing formation of priests.

Despite some challenges on the road, like a broken door on the bus and a strike that forced a significant change in travel plans, the pilgrimage was a moving and spiritually enriching experience.

Below are some photos. 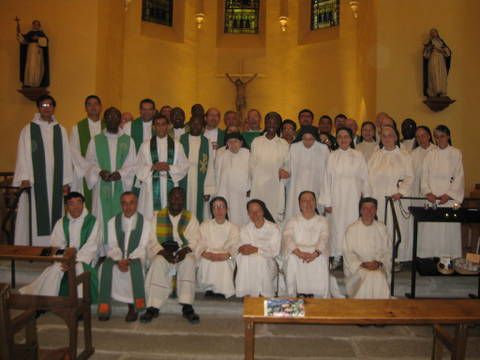 The Sulpicians with the Dominican Sisters 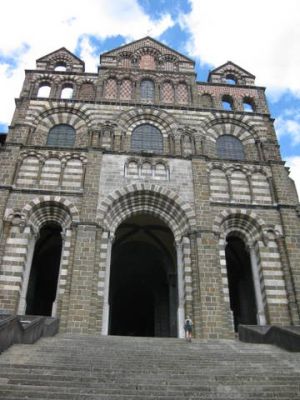 Facade of the cathedral at Le Puy-en-Velay 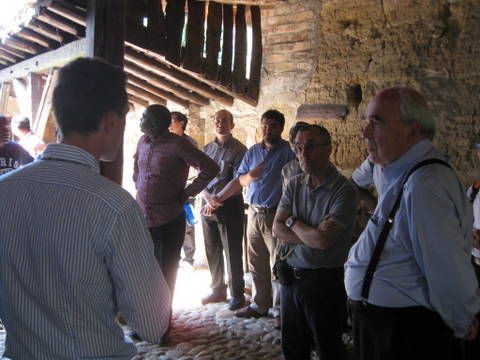 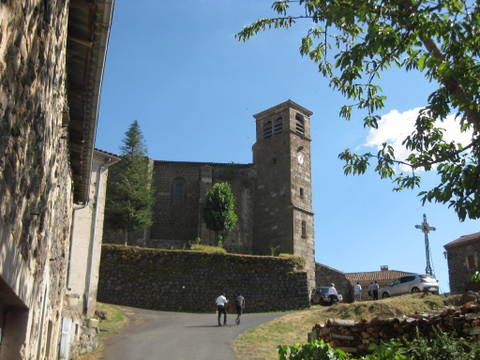 Remains of the monastery at Pébrac 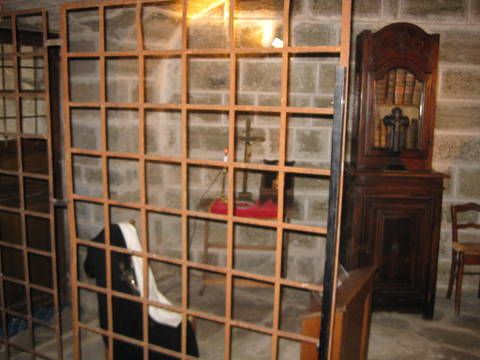 The parlor where Father Olier met Agnes of Langeac 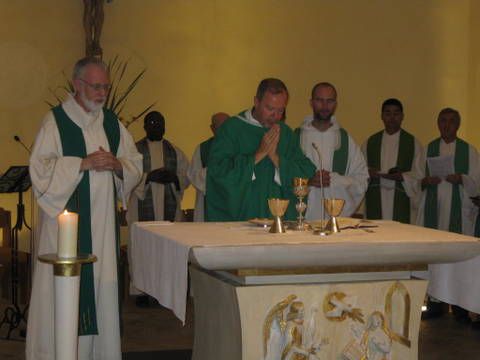