Named Prefect of the Congregation for Bishops

Pope Benedict XVI announced on 30 June 2010 the appointment of Cardinal Marc Ouellet, p.s.s., Archbishop of Quebec, as the Prefect of the Congregation for Bishops. This places him in one of the three most influential positions in the Curia, along with the Secretary of State and the Congregation of the Doctrine of the Faith.

Cardinal Ouellet, a former a student of the Holy Father and an expert in the theology of Hans Urs von Balthasar, is no stranger to Rome. He taught at the John Paul II Institute and the Pontifical University of the Lateran for several years before being named titular bishop of Agropoli and Secretary to the Pontifical Council for the Promotion of Christian Unity in 2001. He was then named Archbishop of Quebec in November 2002, and was created a Cardinal by Pope John Paul II in the consistory of October 2003.

Ouellet entered the Society of Saint Sulpice in 1972. As a Sulpician, after completing his doctoral studies in Rome, Ouellet served in seminaries in North and South America, including appointments as rector of major seminaries in Montreal and Edmonton, Canada, and in Manizales, Colombia. His multilingual and multicultural experience will serve him well in his new position. His experience in South America will be particularly important, since he will simultaneously become the head of the Pontifical Commission for Latin America, which falls under the jurisdiction of the Prefect of the Congregation for Bishops.

The Society of Saint Sulpice is enormously proud of Cardinal Ouellet’s multiple achievements in ministry. We congratulate him on this newest appointment and wish him multiple blessings as prepares to assume his new duties. 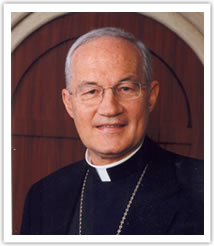