Hope for the Future

The Solitude is a joint venture of the French and Canadian Provinces of Sulpicians. It is held every couple of years to give an intense introduction of Sulpician history, spirituality, and pedagogy to candidates or new members of the Society of Saint Sulpice. The current Solitude began on February 15, 2010 and will conclude on July 9, 2010. The Director is Father Argiro RESTREPO, p.s.s., a Colombian from the Province of Canada. His assistant (or “socius”) is Father Paul ROUMANET, p.s.s., from the Province of France, who served most recently as pastor of the Church of Saint Sulpice in the heart of Paris. Father Jaime Alfonso MORA, p.s.s., a Colombian who is Provincial Secretary of the Canadian Province, also assisted in the planning and design of the program. The sixteen participants in the current Solitude represent a mini-United Nations, originating from the countries of France, Canada, Vietnam, Congo (Brazzaville), Congo (DRC), Togo, Argentina, Chile, Benin, and Colombia. The Province of the United States does not participate in this Solitude primarily because of the language barrier; it is conducted in French! But the U.S. Province conducts its own Solitude in a different format, spread out over three consecutive summers. Nonetheless a remarkable feature in this Solitude is the participation of some twenty-two presenters from all three Provinces.

Among the many themes covered during the Solitude are: Father Jean-Jacques Olier, Founder of the Sulpicians, and the French school of spirituality; the Constitutions of the Society of Saint Sulpice; the history and structure of the Society; the spirituality and pedagogy of the Society; and the four principal dimensions of priestly formation (human, spiritual, academic, pastoral).

During their day-long visit to the “Solitaires,” the General Council shared some insights on the current ministry and challenges of Saint Sulpice around the world. They also invited the Solitaires to share their own vision of Saint Sulpice and to express their reasons for wanting to become Sulpicians. Their personal testimony of desiring to form good priests for ministry in the Church was truly inspiring.

In addition to shared discussions, the day included the formal launching of the revised website of the Canadian Province (www.sulpc.org), a concelebrated Mass in the parish church of Oka, and a festive dinner. The day was a resounding success, and if all came away a bit tired from the activities, it was nonetheless a joyful and Spirit-filled occasion. The General Council was pleased with this sign of hope for the future. 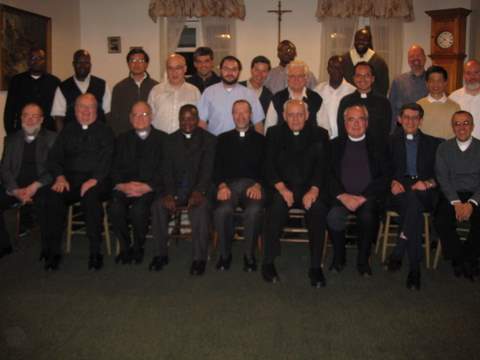