225th Anniversary of the U.S. Province

Arrival in 1791 in Baltimore

On Friday April 22, 2016, the members of the General Council and the three Provincials of the Society of the Priests of Saint Sulpice gathered at the chapel of St. Mary’s Spiritual Center & Historic Site on Paca Street to inaugurate festivities to commemorate the 225th anniversary of the arrival of the first Sulpicians in the United States.

The Superior General of the Sulpicians, Ronald D. WITHERUP, PSS, presided and preached at solemn Vespers in the restored historic chapel, which at one time served as the chapel for hundreds of seminarians. Present among the 120 invited guests were the Archbishop of Baltimore, William E. LORI, the Archbishop of the Military Ordinariate, Most Rev. Timothy BROGLIO, and the Police Commissioner of Baltimore, Mr. Kevin DAVIS.

The three Provincials—John KEMPER, PSS of the United States, Jacques D’ARCY, PSS of Canada, and Jean-Marc MICAS, PSS of France—also participated, along with the General Consultors, David THAYER, Argiro RESTREPO, PSS, Joseph HO THU, PSS, and Pierre DE MARTIN DE VIVIES, all of whom had been meeting in Washington for several days prior to coming to Baltimore.

The service began a yearlong series of celebrations that recall the arrival from France at Fells Point in Baltimore of the first Sulpician superior, Father François-Charles NAGOT, along with three Sulpician confreres and five seminarians, in July 1791. The Sulpicians came to Baltimore to found a seminary on Paca Street for the formation of priests at the invitation of the first American bishop, Most Rev. John CARROLL. The remains of Father Nagot, in fact, are buried in the sanctuary of the little chapel where he served for many years as the first superior.

The surrounding city park retains the name of the seminary, St. Mary’s, that at one time encompassed the entire grounds. The historic house of Saint Elizabeth Ann SETON also sits on the property and was able to be visited prior to the Vesper service.

The entire Society of the Priests of Saint Sulpice congratulates the U.S. Province on this milestone. Ad multos annos! 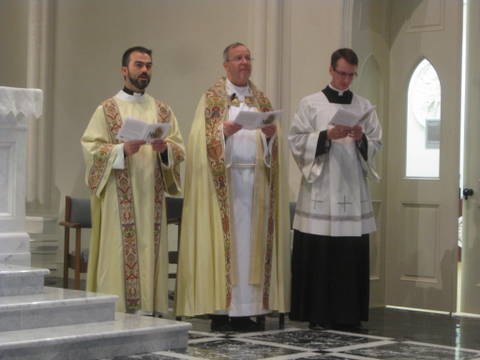 Fr. Witherup presiding, with a deacon and Master of Ceremonies from St. Mary’s Seminary & University alongside 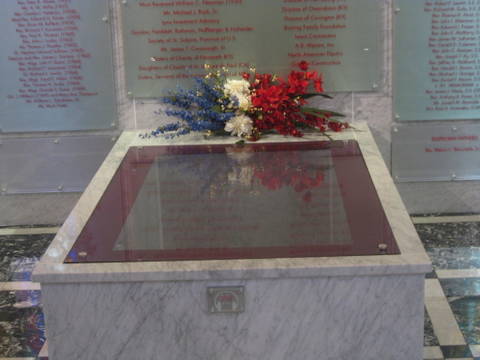 The tomb of Fr. Nagot in the sanctuary of the chapel 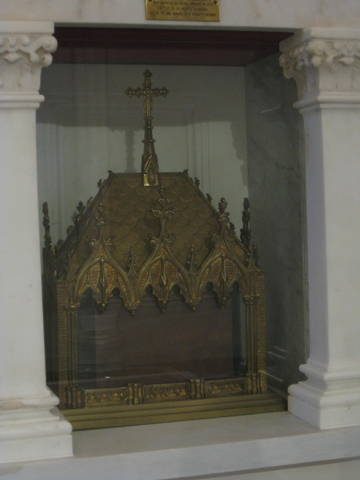 The reliquary with the heart of Sulpician Archbishop Ambrose Maréchal, third archbishop of Baltimore