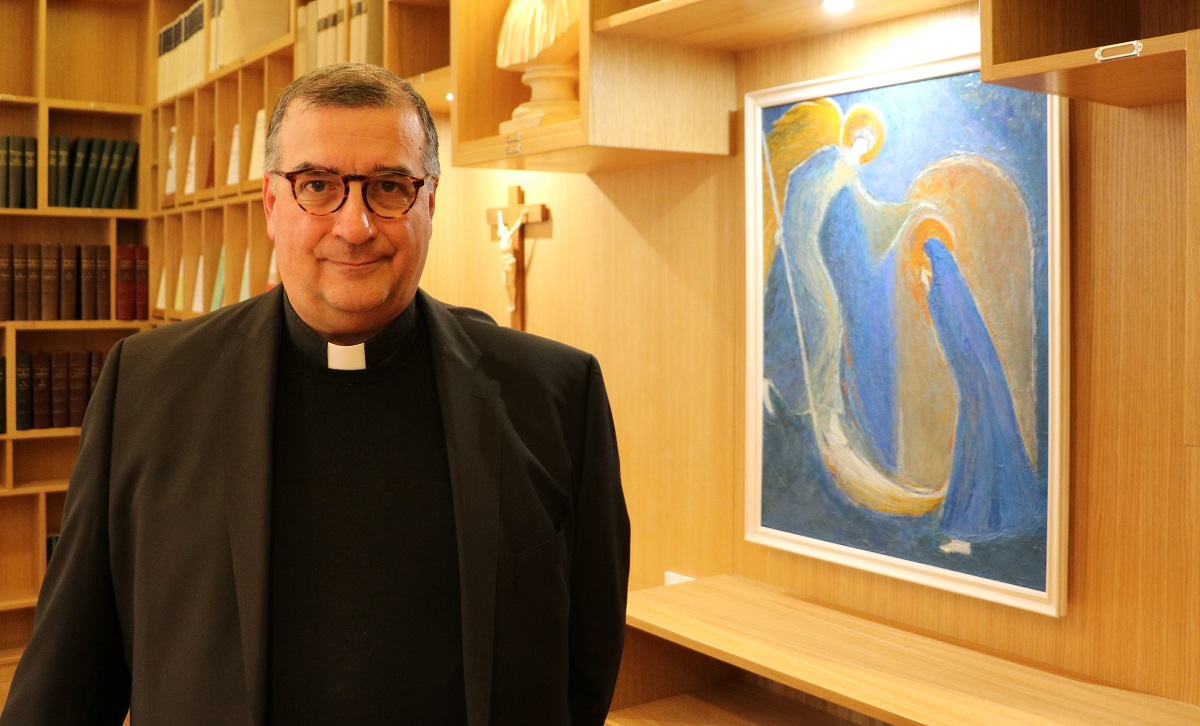 At noon on Wednesday 30 March 2022, the apostolic nunciature in Paris announced that our Holy Father Pope Francis had appointed M. Jean-Marc MICAS, P.S.S., Provincial of the Province of France, as Bishop of Tarbes and Lourdes in southwestern France.

Father Micas was born in Montélimar in 1963 and was ordained a priest for the Archdiocese of Toulouse in 1991. He entered the Society of the Priests of Saint Sulpice in 1998 after several years of pastoral ministry in his Archdiocese.

As a Sulpician, Father Micas was first assigned as a formator in Saint Cyprien Seminary in Toulouse, where he subsequently became Rector in 2007. That same year he also was elected a member of the Sulpician Provincial Council of France. He served as Rector until 2013, when he was elected Provincial Superior of the Province of France, the post he currently holds.

Fluent in French, Spanish, and English, Father Micas has shown his considerable talents as an administrator by overseeing numerous achievements for the Province of France, including the impressive major renovation of the Sulpician Generalate and Provincialate in the sixth arrondissement in the heart of Paris. His episcopal ordination is slated for 29 May 2022 in Lourdes.

Commenting on this appointment, Father Ronald D. WITHERUP, P.S.S., Superior General, said: “While this nomination is a sacrifice for the French Province and for the Society of Saint Sulpice, it nonetheless symbolizes the longstanding commitment of the Society to be at the service of the universal Church. Historically, Sulpicians since the time of our founder Jean-Jacques OLIER in the seventeenth century have resisted episcopal appointments, where possible. Nonetheless, over the centuries, the Society has seen dozens of its members named bishops, and we loyally submit to the Holy See’s wisdom in such appointments. We are very proud of Father Micas and know that he will render great service as a bishop.”

Currently, the Society has twelve living bishops around the world, with Cardinal Marc OUELLET, P.S.S., Prefect of the Congregation for Bishops in Rome, as the highest-ranking one. Father Micas will become the thirteenth.

The entire Society of Saint Sulpice expresses gratitude to the Holy Father for this great honor and also congratulates Father Micas. We thank him for his many years of loyal service to the Sulpicians and wish him abundant blessings in the years ahead in his new role as chief shepherd of the Diocese of Tarbes and Lourdes.