Mss 253-254: The Admirable Life of Sister Agnes of Jesus [by a religious of the Congregation of... 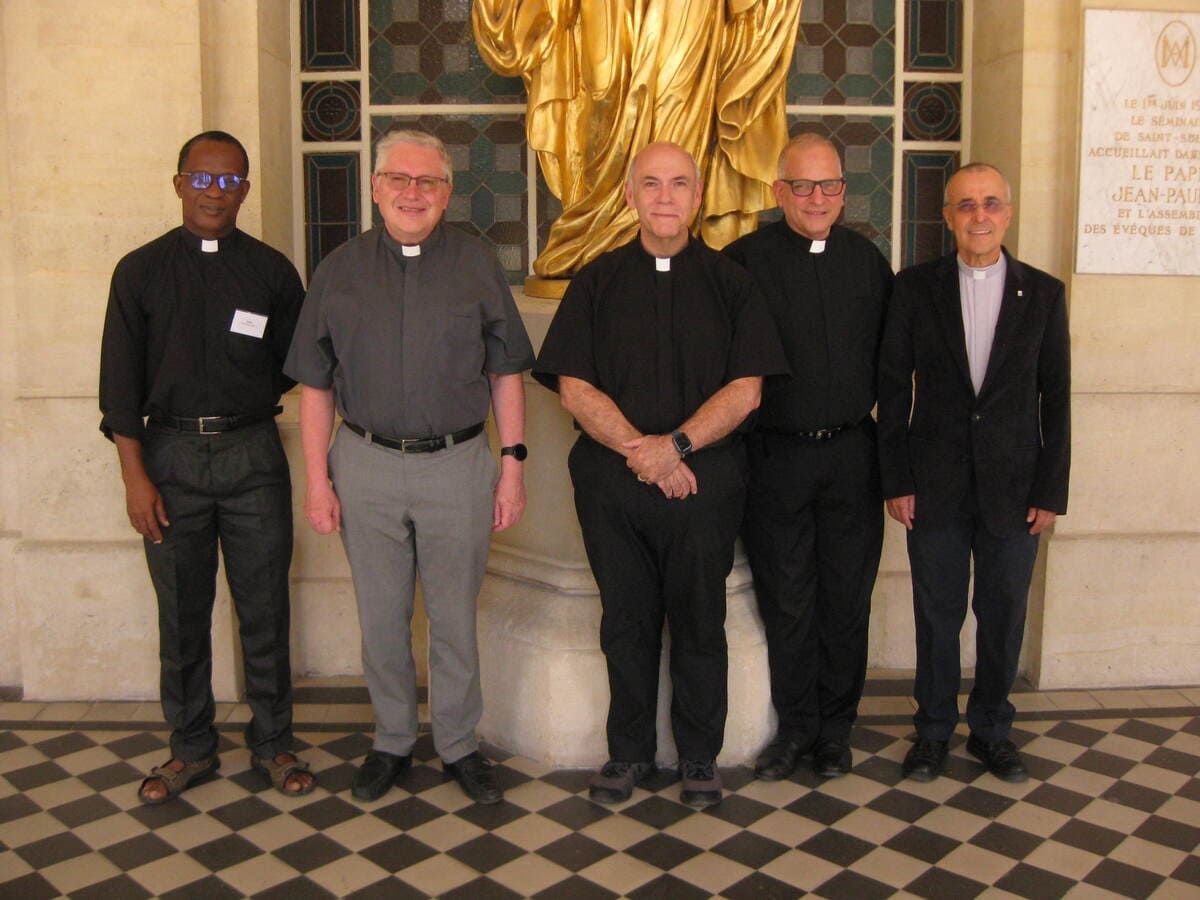 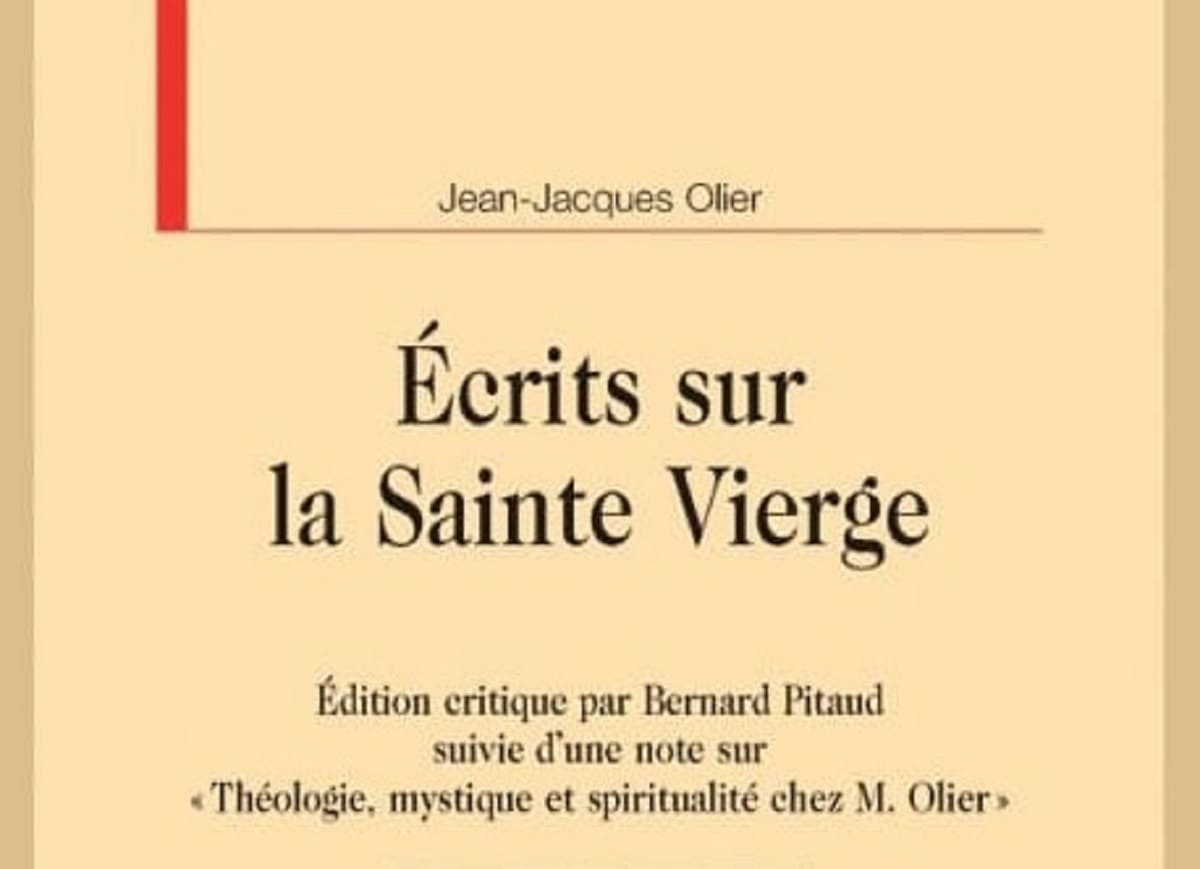 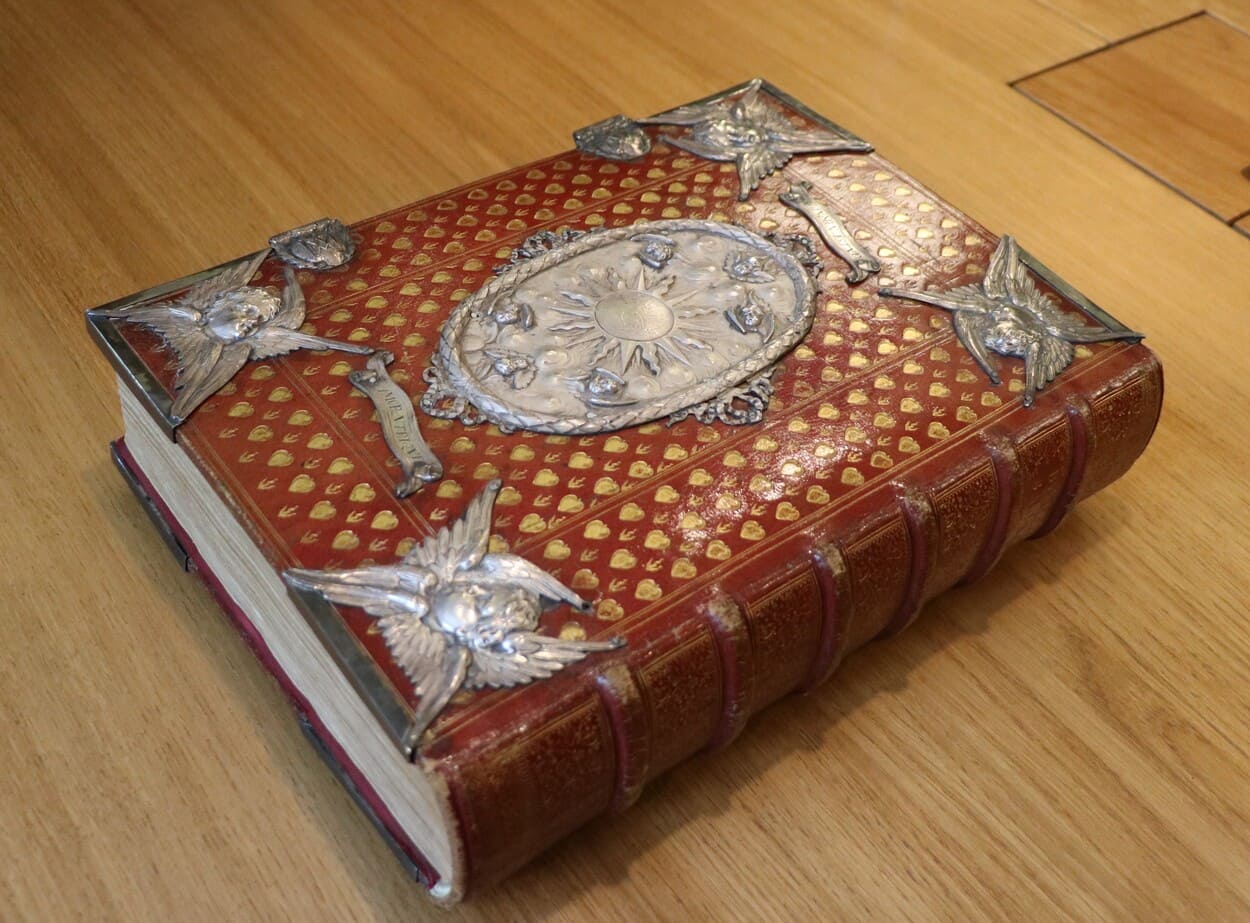 Archives of Saint-Sulpice, manuscript 2028 Since the publication in 1699 of The Adventures of...
Recent Publications by Sulpicians

New books Over the centuries many Sulpicians have contributed to the academic pursuit of truth by...

Saint Sulpice in France between the Revolution and Resto

The period of the French Revolution from 1789 to 1799 and beyond remained an often tragic time for the Catholic Church, which the Society of Saint Sulpice survived, but not without its own trials. How did the Society’s members experience this troubled time? What were the bases for recommencing the Society’s ministry after the signing of the Concordat between the French Republic and the Holy See in 1801?

Beginning in 1782, the Superior General of the Society of the Priests of Saint Sulpice, was Father Jacques-André Emery. A moralist and canon lawyer by formation, he knew how to reform the Major Seminary of Paris, which his predecessors since the middle of the 18th century had always found impossible to accomplish. The force of his temperament and his vigorous ascetical life, coupled with his capacity to know perfectly how to plan ahead, permitted him to have increasing authority with his contemporaries. He very quickly perceived the dangers of the Civil Constitution for the Clergy, voted on the 12th of July 1790 and approved by King Louis XVI on August 24th of the same year. With the triumph of Gallican and Jansenist ideas, he saw in it an evident risk of dividing the Church. In his mind, the principle of remaining tied to the Bishop of Rome, advocated by Father Jean-Jacques Olier, could not be called into question. This principle must have been well established among the Sulpicians, because several months later Father Emery rejoiced that no member of the Society had taken the oath of allegiance to the Civil Constitution. Eighteen Sulpicians died as martyrs, especially during the dark period of 1792. These include: two faculty members from the seminary in Avignon, lynched at the end of July in the village of Vans, in the Diocese of Viviers; three massacred on August 26th at Conches in the Diocese of Autun; and eight who were among those killed at the Carmes in Paris on September 2. Also, during the night of 9 to 10 December, a formator at the seminary in Nantes suffered a sad end at the ingenious hands of Carrier. Another formator was guillotined in Paris on February 25, 1794. At the beginning of June of the same year two other Sulpicians died on the docks of Rochefort. Finally, the last in the list of victims was shot to death during the war of Vendée.

Father Emery himself barely escaped the guillotine, without doubt thanks to his support from the so-called “Mountain,” the group of leftist and radical members of the Assembly from 1792-1795.

From another viewpoint, the subsequent dispersion of the priests of Saint Sulpice because of the closure of the seminaries, especially during the year 1791, often yielded surprising results. If some returned to their diocese to live under sometimes difficult conditions, endeavoring to start clandestine seminaries, others preferred the path of emigration. They dispersed in several directions: Germany, Switzerland, Spain, or England. Thus in Franconie (now Bavaria) the prince of Hohenlohe gave one of his châteaux to the Sulpician émigrés, who did not delay in founding a seminary that became a well-respected cultural and religious center. The same thing happened at Orense in Spain, where the bishop even dreamed of asking Saint Sulpice to take charge of his seminary. The project never came to fruition, however. In London, England a small group of Sulpicians went on to build a chapel dedicated to the Annunciation, and the quality of their prayer life impressed some Anglicans in their regard for these “papists.”

This “redistribution” also permitted the consolidation of the North American foundations of Saint Sulpice. The seminary in Montreal was living hand to mouth and was threatened with closure, following various trials and other legal proceedings from the English government. Finally, during the revolutionary period, the arrival of eighteen French Sulpicians in Montreal permitted a real resurrection under the iron rule of Father Jean-Henri-Auguste Roux, himself a moral theologian and lawyer, but with a more nervous and explosive temperament than Father Emery.

Around the same time, the first Catholic bishop of the United States, Msgr John Carroll, asked Father Emery in August about the possibility of sending Sulpicians to found a seminary in Baltimore, the first diocese of the U.S.A. The Superior General saw in this request a providential sign, and in 1791 he sent four members of the Society, along with some seminarians, to begin a program of priestly formation across the Atlantic. In April 1794, under extreme duress from the pressures of the Conciergerie, Father Emery wrote a testamentary letter to Father François Nagot, first superior in Baltimore, saying essentially that if the Society was being extinguished in France, it would nevertheless begin again in the United States. History showed otherwise, for the Society persevered in France, too.

Mgr Carroll, first Bishop of Baltimore and of the USA

The period after the French Revolution

After the signing of the Concordat, the Sulpicians who remained grouped around Father Emery faced enormous tasks. These were the same as before 1789 and some years after. The re-establishment of the life of Saint Sulpice can be seen in two stages: from 1801 to 1810, when Napoleon decided to suppress the Society; and then from 1814 on, when King Louis XVIII permitted Saint Sulpice to resume its role in priestly formation in certain seminaries.

Bonaparte, the First Consul, had tried to restrict all formation to take place in one location in order to avoid dispersion of students into cities, where there was always the risk of disturbances and uprisings. Intellectual formation, then, did not take place in faculties of theology but in the seminaries themselves.

On the other hand, Bonaparte preferred to “reestablish” the diocesan clergy, who were easier to control than the religious orders. On the basis of their diocesan statute as diocesan priests, the Sulpicians were able to take over again their functions in certain seminaries. One should also add that even Bonaparte’s uncle, Joseph Fesch, who was promoted under the circumstance to Archbishop of Lyon, had been reconciled with the Roman Catholic Church by Father Emery himself. Some historians recall that Bonaparte was impressed by the one he called, referring to Emery, “the little priest.” For this reason the Sulpicians were able to retrieve the seminaries they had directed before the Revolution, but even some new ones were confided to them, often by bishops who were former students of Saint Sulpice. The most important example is Bordeaux, where Msgr Charles François d’Aviau, a former seminarian in Lyon, practically imposed on Emery the decision to confide his seminary to Saint Sulpice. Yet this resurgence had its limits. The number of formators was largely insufficient. For the first time, many formators, and especially the superiors, stayed for a long time in the same seminary, a tendency that would not change until the middle of the 19th century. The record for the longest position is held by M. Louis-Ennemond Ducray, Superior in Toulouse from 1819 to 1863.

Another question concerned the quality of the formation itself. Most of the time faculty members used theology manuals from the preceding century. The capacity for adaptation was rather weak. Most important was entrusting the teaching of moral theology to well-experienced faculty members. Reports from canonical visits do not hesitate to recommend the teaching of Sacred Scripture to younger faculty members. As regards spiritual formation, the preferences of Father Olier were far from followed. Rather, the major resource was the spiritual exercises of M. Louis Tronson, third Superior General of Saint Sulpice. The dominant spiritual sentiment was often “spiritual self-abnegation.” The formators were asked to preach repentance, expitiatory sacrifices, consolation, and a somber devotion to the Sacred Heart, all in reparation for the excesses, profanities and sacrilegious acts of the revolutionary period. These approaches tended to multiply specific prayers and pious exercises, and the formators’ notebooks from this period exhibit less insistence on prayer and the search for an internal path of union with Christ.

But we should not suppose that this type of formation did not bear consequent fruit. To the contrary, it seems to have been adapted perfectly to what the Concordat of 1801 had designed in what we could call the “clerical ID card.” The pastor became—like the notary, the doctor or the mayor—one of the notable figures of the village. Formation prepared priests to assume this role as well as could possibly be expected in this era, which historians term the restoration of “moral order.” In contrast to the preceding century, it is certain that the general level of morality and the intellectual quality of the French clergy was considerably improved.

There is another point worth underlining. Many priests played a role in the founding of women’s congregations for the education of children or for care of the sick. It is striking to note that these priests took over in large measure the fundamental orientation of the French School of Spirituality. Let’s take two examples. First is the founding in 1818 in Toulouse of the Congregation of the Sisters of Compassion, under the inspiration of Canon Maurice Garrigou, president of the “AA,” a clandestine organization for evangelization, and a former student of the Sulpicians. Another example is even more remarkable, when in 1828 Father William Joseph Chaminade changed the orientation of his new congregation, the Society of Mary (Marianists), after having read a book by Jean-Jacques Olier, of which he never revealed the title. Undoubtedly, it was An Introduction to the Christian Life and Virtues.

Finally, the most unintended particular consequence of the French Revolution was the “Sulpician diaspora” seen in the restarting of the foundation in Montreal, the creation of the seminary in Baltimore and, with all its missionary ramifications from that point, a better acquaintance with the work of Saint Sulpice in western Europe. Following the rather rapid rebirth in France with the Concordat of 1801, there was a second parallel development with the official recognition of the Society under the auspices of King Louis XVIII on April 3, 1816. Not only were more seminaries confided to Saint Sulpice, but some Sulpician students, marked by the spirituality of the French school, evangelized France for the umpteenth time, often beginning by gathering groups of laity, men or women, to found either Catholic lay groups or new congregations. One can say without exaggeration that the Catholic rebirth of the 19th century was in large measure due to the instincts of the French School, even if for a time they seemed to disappear in the wake of the dominant moral order.